I wasn’t originally planning on sharing this, but after seeing how helpful it has been thus far, I felt that it may be helpful to you as well! I’ve always had a relative idea of what my wedding would look like, but that image has also changed drastically over the past few years (At one point, I wanted a beach wedding!). I had read about inspiration boards, but figured that my Pinterest board was good enough. I was way wrong.

Shortly before I got engaged, I had already started sifting through the images on my Pinterest dream wedding board (yes, we all have one prior to meeting THE ONE) and getting rid of the ideas that were no longer relevant. Even so, by the time it came to planning my real wedding, I was completely overwhelmed by the amount of ideas I had saved, and the lack of a budget, time, or space to execute them in a cohesive manner.

I read suggestions on several wedding blogs, and encouraged by my wedding planner, to create an inspiration board, filled with images, fabrics, foods — any details that inspires the look for our wedding. We had already come up with three words that I wanted to describe the whole event: rustic southern romance. I took those words, the color palette I had in mind and headed to Pinterest to begin the quest of gathering images that reflected what I hoped our wedding would look and feel like.

The hardest part wasn’t finding the images, but rather, narrowing it down into a cohesive college. I only had so much space to include these pictures in my planner, and too many images made me as overwhelmed as my Pinterest wedding board. I decided to narrow it down and only include 8 pictures. Here is a sneak peek at what I came up with! 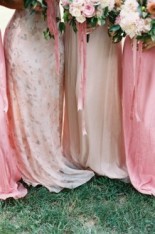 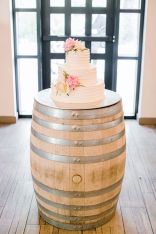 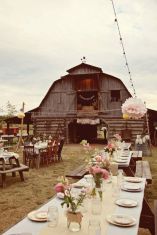 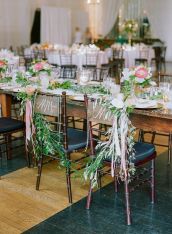 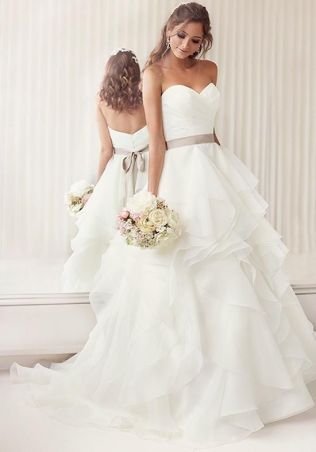 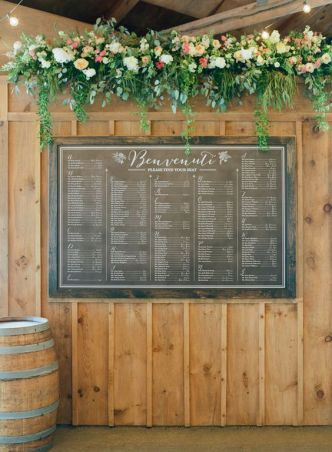 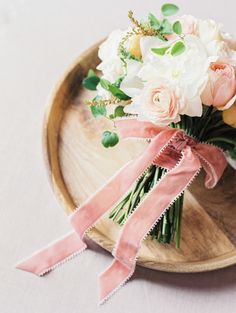 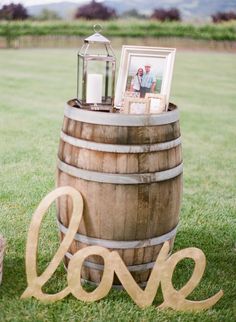 I decided to pick one picture from the areas that I felt were most important to our overall look. I included bridesmaid dress, a wedding dress, reception look, decor and flowers. While we already knew we were hosting the reception in a barn, I decided to keep that image in the college because I wanted to keep the feel of twinkle lights and a soft summer breeze in mind while planning! I, of course, had to include barrels considering our winery venue.

These pictures aren’t meant to be the be-all, end-all decision makers as you plan your day. Rather, it is suppose to give you a little push in the right direction when you have a million options spread out in front of you. You may go into wedding planning thinking you want one thing (especially when it comes to dress shopping), but you come out with an entire different look. That’s okay! The best thing about this board is it keeps me sane when I start to second guess decisions. I am sure to refer back to it when I start to become overwhelmed. It forces me to look at the bigger picture, and realize that one decision doesn’t determine the course of your day. Marrying your best friend is the ultimate decision, but it doesn’t hurt to celebrate surrounded by soft and pretty flowers in the meantime.

Have you tried creating an inspiration board? Tell me about it in the comments below! 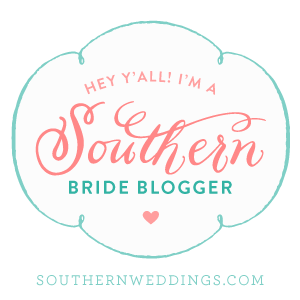 The best pictures we got 😂 and someone is not having it. Feeling very grateful for being able to have most of our family together. Hope y’all had a wonderful Thanksgiving Day! 🦃
A peaceful paddle on a beautiful fall day🍂🚣‍♀️🍁I’m eagerly counting down to the official start of the holiday season but I’m not quite ready to let go of the fall colors yet!
Holy moly me oh my you’re the apple of my eye; I’ve never loved one like you🍏🍎
There are few things better than a movie under the stars ✨🍿🎬 Finally got our screen + projector set up just in time to enjoy an outdoor movie night as the weather starts to cool. I shared some of the equipment we use on my blog, as well as other necessities for a outdoor movie night at home. Check it out, if you’d like!
Checking another thing off the bucket list tonight … LET’S GO STEELERS! 💛🏈🖤
Nothing groundbreaking here, but I love fall and my @subaru_usa . That is all 🍂🎃🍁